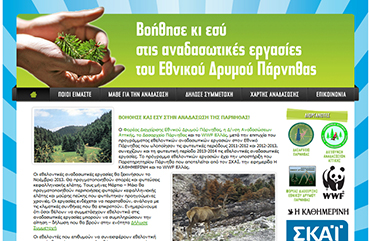 The World Wide Fund for Nature (WWF) is an international non-governmental organization working on issues regarding the conservation, research and restoration of the environment, formerly named the World Wildlife Fund, which remains its official name in Canada and the United States. It is the world’s largest independent conservation organization with over 5 million supporters worldwide, working in more than 100 countries, supporting around 1,300 conservation and environmental projects. WWF is a foundation, in 2010 deriving 57% of funding from individuals and bequests, 17% from government sources (such as the World Bank, DFID, USAID) and 11% from corporations.[3]

My name is John